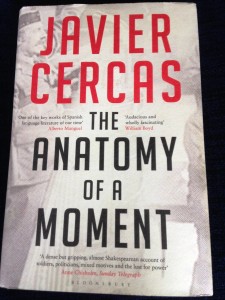 4 thoughts on “The Anatomy of a Moment: Javier Cercas.”