In 1913 the journey from Moscow to Charing Cross, changing at Warsaw, cost fourteen pounds, six shillings and threepence and took two and a half days. In the March of 1913 Frank Reid’s wife Nellie started out on this journey from 22 Lipka Street in the Khamovniki district, taking the three children with her… 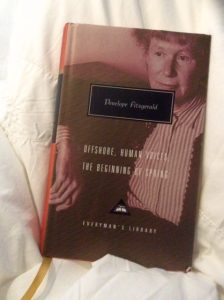 So begins The Beginning of Spring, the third of the Penelope Fitzgerald novels I read in the Everyman trilogy. Set in Russia, significantly just before the twin catastrophes of WWI and the Revolution, it’s completely different from the other two, set in England in the recent past, and both wry comedies. This one is too, but it’s darkened and chilled by the harsh early spring of Moscow, and the Russian tendency towards tragedy and intrigue.

It’s only on a second reading that the little clues and hints as to why Nellie has left her printer/publisher husband become apparent. Here’s the first description of him, with Fitzgerald’s trademark economy with words, trusting her reader to ponder the layered significance:

Frank had been born and brought up in Moscow, and though he was quiet by nature and undemonstrative, he knew that there were times when his life had to be acted out, as though on a stage.

Does this mean that Muscovites are a dramatic lot, and only histrionic behaviour will register? Or that Frank finds it difficult to engage with souls as ardent as Nellie’s (don’t be fooled by her music-hall name)? Maybe he’s just not very good at acting – in all senses of the word.

She’d left him a note to tell him she’d left him. He knows it’s a momentous message, as they rarely wrote to each other in this way:

It hadn’t been necessary – they were hardly ever apart, and in any case she talked a good deal. Not so much recently, perhaps.

These are Frank’s thoughts, indirectly narrated. But has he intuited that she was unhappy with her marriage? Fitzgerald is too subtle an artist to tell us. The possibility is hanging in the air somewhere in Frank’s vicinity. We are party to his perplexity and slow-dawning realisation.

He wonders how much he’ll miss her and the children:

…he couldn’t tell at the moment. He put that aside, to judge the effect later.

Fitzgerald shows this entire marriage and its fissures, this perplexed husband, his wife and their natures, in the first three pages of the novel.

What follows is an intriguing examination of Frank’s response to this crisis. It reads at time like a domestic sketch by Turgenev or Chekhov, but has an unmistakably English take on marital disaster. There’s the semi-comic figure of Frank’s Tolstoy-worshipping accountant, Selwyn, who writes soulful poems in Russian ‘about birch trees and snow’. Like his spiritual master, Selwyn delights in ‘charitable enterprise’:

With the terrible aimlessness of the benevolent, he was casting round for a new misfortune.

Frank tends to patronise him, realising much too late that he’s underestimated him. Selwyn’s selfish philanthropy is presented with deceptive lightness; he’s more dangerous than he looks here; Fitzgerald’s prose is always poised to surprise.

The children, when they mysteriously reappear in Moscow, sent back ‘like parcels’ by their bolting mother, are preternaturally astute – far more so than Frank – as they were in Offshore. Jacqui Wine has written well about this (link at the end), so I’ll refrain from doing so here.

The formidable Mrs Graham, the English chaplain in the city, is one of several brilliantly depicted characters (Nellie’s brother, Charlie, who turns up to try to help Frank in his extremity turns out to be genial but delightfully useless, is another). Frank, we are told, was not afraid of her, ‘or at least not as afraid as some people were.’  Here she is when Frank goes to seek her advice about Nellie’s desertion of him:

‘Mr Reid?’ she called out in her odd, high, lightly drawling voice. ‘This is an expected pleasure.’

‘You knew I was going to come and ask you something?’

Restless as a bird of prey which has not caught anything for several days, she nodded him towards the seat next to her.

Such vivid, witty characterisation is only one of this novel’s rich rewards. As in the other two novels in the Everyman edition, there are some wonderfully pithy narrative comments. Here’s one chosen at random; Frank’s children are in the kitchen, gossiping about the young woman, Lisa Ivanovna, perilously pretty and apparently fragile, who he has recruited to care for them in Nellie’s absence:

Perhaps children were better off without a sense of pity.

As ever these seem to be Frank’s thoughts we’re privy to; for once he’s probably right: they cheerfully transfer their affections from their mother to Lisa with the insouciant rapidity of youth. And these thoughts are filtered through the sensibility of the poised, non-judgemental, omniscient but reticent narrator – who prefers to withhold as much as she discloses. For that’s how are lives unravel in reality: unmediated, mysterious.

As with Offshore and Human Voices, which I wrote about last, I’d recommend this short, wise novel. It has one of the finest, most startling last sentences of any novel. 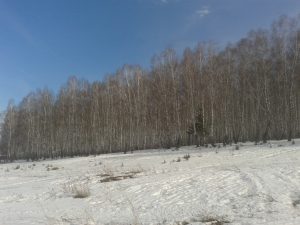 There’s one scene near the end which I found baffling, and I’d love to hear what other readers made of it if they’ve read it more successfully than I have. Lisa has unwillingly taken Dolly, Frank’s little daughter, deep into a birch forest in the country at night. In a clearing –

Dolly saw that by every birch tree, close against the trunk, stood a man or a woman. They stood separately pressing themselves each to their own tree. Then they turned their faces towards Lisa…Dolly saw now that there were many more of them, deep into the thickness of the wood.

‘I have come, but I can’t stay,’ said Lisa. ‘You came, all of you, as far as this on my account. I know that, but I can’t stay. As you see, I’ve had to bring this child with me. If she speaks about this, she won’t be believed. If she remembers it, she’ll understand in time what she’s seen.’

Then they go home.

What’s happening here? It seems like a witches’ sabbat, a mystical-spiritual meeting maybe. Or political? It seems a sort of epiphany, but for whom? Who is Lisa communing with?

As noted above, Jacqui has an excellent review of the novel at her blog.

11 thoughts on “Unhappy families: Penelope Fitzgerald, The Beginning of Spring”