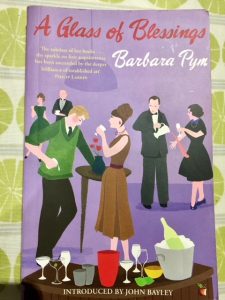 13 thoughts on “Rather a horrid person: Barbara Pym, A Glass of Blessings”