This week Cornwall experienced its first serious snowfall in some years. Siberian winds blew in fiercely from the east, caused by atmospheric shifts over the Arctic (nothing to do with global warming, I’m sure). Later in the week storm Emma moved up from the south, full of dampness, and more snow ensued.

This was the blizzard-like scene on Wednesday: 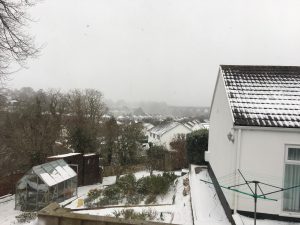 Normally i can see Truro Cathedral from this back door; now screened by the icy blast 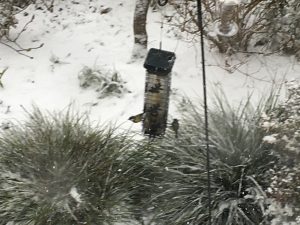 Birds struggled to keep warm and sustained; my feeders in the back garden were thronged right through the storms

I know there are plenty of countries where much harsher winter conditions are common; I once visited my late friend Mike in Finland and the sea was frozen!

But here, where the prevailing winds come mild and damp from the southwest, across the Atlantic, and our Cornish coasts are kept temperate by the warm Gulf Stream, we rarely see this kind of weather.

It looked beautiful, though of course it caused all kinds of problems for people who needed to travel or try to get to work. Our staff and students were sent home to keep safe. So a couple of bonus days of reading…

By Saturday the snow had gone and the temperature returned to normal.  was able to go into town with Mrs TD. At the wonderful Fal Catch unit in the covered market we bought fish and prawns for our Keralan curry that night. 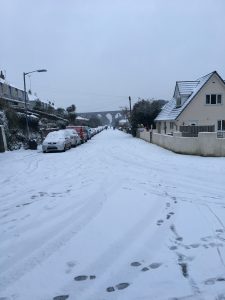 This was the scene down the road on Thursday: no cars, just families out sledging

In the tanks were several live lobster – all fairly normal in size. I asked the proprietor about the monster crustacean they’d had in the same tank before Christmas: he was huge. Had they sold him? He told me the lobster must have been 60 years old, and no, they hadn’t sold him by Christmas Eve. So he and his partner took him with them to the pub, had a pint, then drove home and released the lucky chap into the sea off Pendennis Point. I just hope he’s learned his lesson and evades the traps in future. 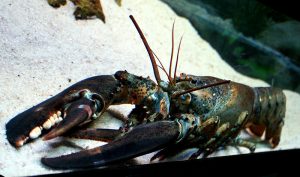 Today in town I did a few chores and browsed a couple of charity bookshops. In one I came across this: an author new to me, but I so liked the cover and the summary of the text that I had to buy it. Anyone reading this know it? He was born in Brünn, now Brno in the Czech Republic in 1890 and died in Vienna in 1974. He was a writer, theatre director and producer. Here’s the cover: 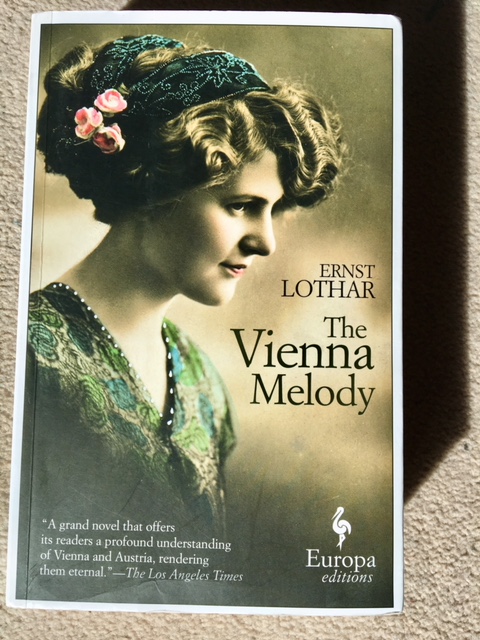