I’ve continued with daily rural walks with Mrs TD – our permitted exercise during the present CV19 crisis. We’re averaging about 4-5 miles per day, so get to see how new growth is burgeoning as spring warms the earth, watering it with April’s sweet showers. 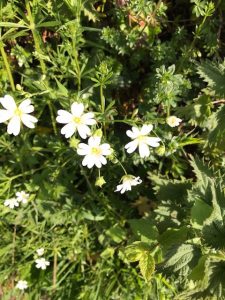 I downloaded a plant identifying app, as I was becoming frustrated by not knowing what so many of these fresh new flowers were. These delicate little white ones are everywhere in the hedgerows and field fringes at the moment. My app tells me they’re greater stitchwort (Stellaria holostea), a species of chickweeds.

Various sites online inform me that this wild flower is strongly associated in folklore with fairies. Whoever picks it will be ‘pixie-led’, or enchanted by the bitter-sweet realm of faerie, and become disorientated. One of its local names is adder’s meat, apparently because children were warned that if they picked this flower they were sure to be bitten by this lurking snake. Another consequence of picking it was said to be thunder or lightning. It was also known as satin flower and easter-bell starwort – the latter because of the configuration of the flower’s five petals.

The name stitchwort derives from the old belief that the plant could cure a stitch in the abdomen. A more ancient Greek herbalist claimed that if a pregnant woman drank a potion made from it, she would give birth to a son.

As for ‘wort’: this is from the OE ‘wyrt’ meaning root, vegetable, plant, spice. In the past it tended to be an element appended to the part of the body or the ailment for which the herb or plant was supposed to benefit when taken medicinally. Alternatively, it was an element attached to the time of year at which it flowered (as in easter startwort or St John’s wort – around 24 June). 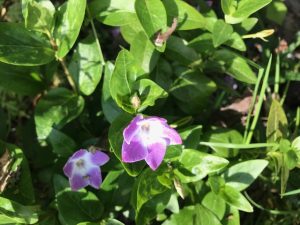 In an earlier post I included a picture of a pale blue-violet periwinkle growing in the hedge at the bottom of my garden. Recently we’ve come across many clusters of them. The OED online gives its etymology as from post-classical Latin pervinca, with various explanatory suggestions – that it’s from a magical formula, or associated with pervicus, ‘stubborn’, possibly from pervincere, ‘to conquer completely’ (with “various suggestions” but no details). Another online etymology suggests it was in Middle English associated with beauty, a paragon, but also, weirdly, with evil. 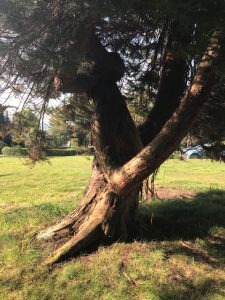 Ancient yew tree in the grounds of Epiphany House

It’s a member of the genus Vinca, but I have no idea what this name might signify. It does seem to accord with the ‘conquer’ meaning of the Latin which it resembles, but this may be coincidence.

Mrs TD asked for her thoughts to be included in today’s post. I’ll add some more pictures from our recent walks to lighten the mood a little.

She’s upset with our government’s apparently worsening response to the pandemic. Measures to suppress the spread of the virus, as done in parts of Asia and in Germany, such as testing, tracking and isolating, weren’t taken, and those that were came too late.

The notion of ‘herd immunity’ was poorly judged. Let the weaker members of the community be sacrificed for the good of the rest, seemed to be the strategy. A chilling form of eugenics, in fact. 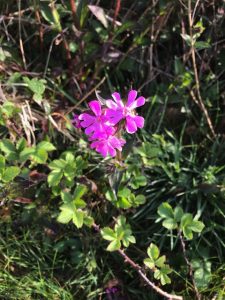 Our prime minister was successful in the election because of his bluff, blustering ‘Get Brexit done’ approach. He’s not the man for a crisis that threatens people’s lives. What’s needed now is a different kind of leadership, based on honesty and integrity.

She wanted to add that she dislikes the rhetoric and imagery from the field of the military that’s used everywhere by politicians and the media: we ‘battle’ or ‘fight’ this ‘invisible enemy’. When the PM was in intensive care, infected by the virus, his stand-in said he was ‘in good spirits’– this while thousands of others were dying. This implies that those who don’t survive the horrible disease lack the ‘spirit’ or fight to combat it. Why can’t our politicians be straight with us, and use appropriate language? Treat us like adults, not children. Stop massaging the truth. Be transparent and honest.

She also feels disempowered. Who do we contact to say we’re unhappy with the way things are going? Parliament sat (in virtual form, mostly) for the first time in weeks yesterday, so those in charge have acted with impunity. 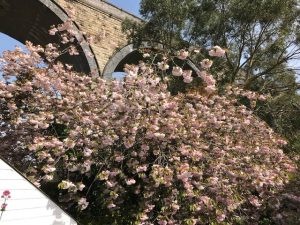 One good development, she says, is that the social care system is finally getting the recognition and attention it deserves. Whenever we mention (and praise) the excellent work done by the NHS, we should include the care sector. We’d both like to thank all of those working so hard for us: in the health and care sectors, but also vital workers like deliverers of goods, postal workers, those who work in the shops and supermarkets that are still open, and many more who tend to be taken for granted (and are poorly paid).

We understand that our government has had a huge task in trying to deal with this crisis. Some things have been done well. But they need to change the way they communicate with us.

Here, to end on a brighter note, is another fine gatepost. 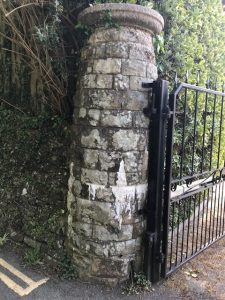 10 thoughts on “Stitchwort, periwinkles and politicians”