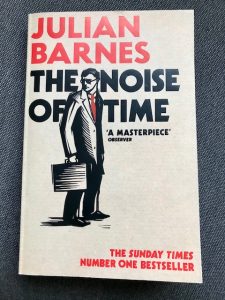 Can artists work without compromising themselves when living under a brutal dictator with a highly prescriptive set of strictures about what constitutes “acceptable” or proletarian art? That’s the dilemma faced by the protagonist of Julian Barnes’ fictional account of Dmitri Shostakovich under Stalin-era Soviet rule.

Barnes conveys particularly well the absurdity behind this autocratic ‘Power’: Stalin and his successors employ fanatical apparatchiks to enforce their doctrine, and any perceived deviation from it is dealt with savagely. During the opening section of the novel, Shostakovich stands outside his Leningrad apartment by the lift, waiting for its doors to open and emit the men from the ‘Big House’ who will take him away to the fate he knows has befallen so many of his friends (and countless strangers) – interrogation, the camps, or more likely a bullet to the back of the head.

His crime: to write an opera that Stalin considered bourgeois, cacophonous, and suspiciously like the odious capitalist western jazz.

He stands there night after night, hour after hour, to spare his wife the sight of his being hauled from his bed by these agents of terror.

Most of the novel consists of a highly plausible account of his inner conflict during his decades of fluctuating favour with Power. He sees himself as a coward when he kowtows to it. He signs his name to articles he hasn’t written, admissions of ‘crimes’ he knows he’s innocent of.

Even worse is the apparently softer regime under Stalin’s successors, when he finds himself having to make even more humiliating concessions and public shows of feigned allegiance to a system that’s still repressive and narrow-minded:

And when faced with criticism of his own work, his response was: look, I have a multiplicity of styles, just tell me which you would prefer me to use. He was proud of his facility – but that was not what was being asked of him. They didn’t want you to fake adherence to their banal taste and meaningless critical slogans – they wanted you to actually believe in them. They wanted your complicity, your compliance, your corruption.

The novel is well written, full of intriguing insights into this conflicted man’s anguish and dilemma. His genius is marred by certain human frailties and flaws – this is no hagiography.

I just didn’t find it as compelling as I thought I would. Maybe it’s just the lacklustre mood of these constrained times – it hinders my capacity to enter into these fictional worlds. Another time I’d have probably enjoyed this novel much more – but this exploration of ‘the destruction of the human soul’ is not what I need at present. And as another autocratic, narcissistic leader heads for the Florida golf courses, maybe life will take a turn for the better in this turbulent world. 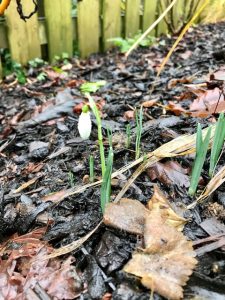 Meanwhile Mrs TD and I continue our daily walks. The other day as we turned from our street into the main road we were confronted by two power company vans and a group of workmen in high vis vests, standing around a large hole they’d just dug in the road, peering into its depths. Is there a problem? Mrs TD asked. “No, just a gas leak,” one of the workmen cheerily replied…

22 thoughts on “The destruction of the human soul: Julian Barnes, The Noise of Time”