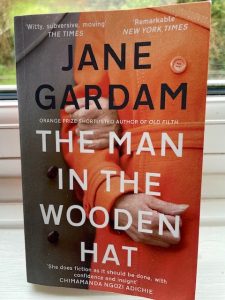 16 thoughts on “Guilty pearls. Jane Gardam, The Man in the Wooden Hat”