This is the third novel by Pakistani-British author Kamila Shamsie that I’ve read (links to posts on the other two at the end): as always she tells a powerful story, creating complex, conflicted characters faced with terrible dilemmas.

Shamsie is interested in the tensions and connections between British colonisers in the Indian subcontinent and those they lorded it over. In this case there’s Viv, an English archaeologist, who travels from Turkey back to England. When WWI breaks out she works as a VAD nurse, then, emotionally shattered, she sails for Peshawar (modern-day Pakistan) to take part in a dig that her Turkish mentor had told her might be the site of a lost ancient treasure.

Quayyum’s family come from that city, but he’d served the British in a Pathan regiment, believing that he was doing the right thing to serve the empire. Badly injured and disillusioned he returns to his home city. Not surprisingly, his path crosses with Viv’s. Further complications ensue when his younger brother Najeeb becomes her willing pupil. She enthuses him with a love of history and archaeology. Quayyum disapproves. Anti-British feeling is growing, and he’s aware that his friends are joining the jihadist freedom fighters.

I’ve found with Shamsie’s other novels that the pace of the first half of the novel is quite ponderous, as characters and plots are carefully established. The final section slowly builds to an almost unbearable state of tension as all the clashes of culture, personality and politics come to a climax.

The style is perhaps a little too florid at times, but there are the usual Shamsie flashes of brilliance. She skilfully evokes the heat, colours and beauty of what the British used to call the northwest frontier, and the volcano of indignation and outrage that erupts in the ‘native’ population (as the British patronisingly calls the indigenous people). Even Viv shows a lack of sensitivity and awareness of her privilege and unconscious arrogance as a white woman, despite her genuine love for the place, and the twelve-year-old Najeeb. She fails to realise how she compromises him and herself in the eyes of his family and the community by taking him under her tutelage.

What’s so effective in Shamsie’s fictional explorations of these cultural tensions is that she avoids crude black-and-white oppositions, good v. bad. Viv, for example, has experienced arrogance and disdain from patriarchal British society, and sees herself as something of a feminist. So it would have been easy to set her up as some sort of emissary, a bridge between the Peshwari community and the politically myopic British imperialists and brutal military.

As I mentioned earlier, Quayyum is far from being a firebrand anti-Brit; he’s genuinely conflicted about his loyalty to empire as a veteran of the Western Front, where he fought alongside British soldiers and others from across the empire. But when he’s wounded and being treated in a hospital back in England, he’s appalled to discover that the military and ruling class won’t allow young women nurses to tend non-white male patients – such is the fear of some kind of contamination. He also discovers that the hospitals for Indian wounded men are effectively prisons, and the patients are lied to about the whereabouts of their wounded comrades. Without preaching, Shamsie succeeds in showing both the casual cruelty but also the capacity for kindness of the imperialist British, and the not always pure-minded mentality of the oppressed people who are finally provoked into rebelling against them.

I used to think that Britain’s colonial past – the world Shamsie describes in this novel – was as low as we could sink in terms of unethical, amoral political arrogance. I was wrong. Our prime minister and his team continue to reveal themselves as lacking in any kind of integrity or decency. Maybe Kamila Shamsie should turn her attention to present day Britain. 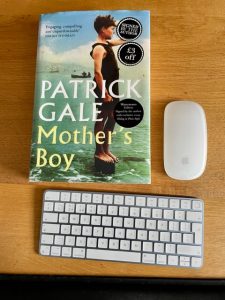