In my final post on Trollope’s third Chronicle of Barsetshire, Dr Thorne (1858) I suggested a central theme was the revitalising effect of marriages between the jaded old land-owning families like the Greshams, or the atrophied aristocrats like the de Courcys, and the energetic new blood of the rising moneyed classes as represented by Dr Thorne’s daughter Mary, who conveniently became a suitable match for Frank Gresham in the eyes of his family (and her own) only when she inherited a vast sum of (new) money. Marriage was shown to be, in many ways, another way of accessing power or sustaining privilege; love matches like Mary and Frank’s were a rarity. 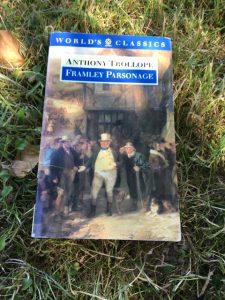 Similar themes are central to Framley Parsonage (started in serial form in Cornhill Magazine in 1860; published in book form 1861). In fact the ‘marriage plot’, such as it is, involves an almost identical situation: young Lord Ludovic Lufton wants to marry penniless but spirited Lucy Robarts, who had come to live with her 26-year-old brother Mark, a childhood friend of Lord Lufton, whose autocratic mother had gifted the living of the local church of Framley to the young cleric, but who strongly opposes such an unsuitable (in her lofty opinion) match.

As in the previous novels, the heroes are far from perfect, the villains hardly villainous. Mark is less than enthusiastically identified by Trollope’s narrator as the hero of this novel as early as p. 5:

…he was no born heaven’s cherub, neither was he a born fallen devil’s spirit…He had large capabilities for good – and aptitudes also for evil, quite enough: quite enough to make it needful that he should repel temptation as temptation can only be repelled.

He soon shows his weakness by accepting an invitation to visit the unscrupulous and dangerous Whig MP friend of Lord Lufton, Nathaniel Sowerby. He represents everything about West Barsetshire that the Tory East, reigned over by Lady Lufton, despises, considering his like and his patron the ‘great Whig autocrat’ the Duke of Omnium little short of demonic. In defying her and rebelling against her ‘thraldom’ by visiting first Sowerby and then the satanic Duke himself (though our narrator never shows him doing anything too untoward; this is largely Lady Lufton’s prejudice), he begins the descent into a financial quagmire  among ‘sharp’ and ‘dishonest’ loan sharks and leeches like Sowerby and those he’s deeply indebted to. Like Arnold in Rebecca West’s Harriet Hume, he’s ‘ambitious’ for status and determined to ‘rise’ in the world. Trollope again shows here that ‘Clergymen are subject to the same passions as other men.’

But this is a gentler novel than the previous three. The threats to the stability of traditional, idyllic and pastoral Barsetshire – ‘the old agricultural virtue in all its purity’, as the narrator calls it – are less dangerous. There’s never much doubt that Mark will ultimately be ok, and the happy outcome for the central romance (Lucy and Lufton) even less suspenseful than Mary Thorne’s with Frank Gresham.

As ever, Trollope shows little relish for the romantic stuff. A glance at the title of the final chapter will give the game away. Even his portrayal of Lufton as ostensibly the romantic protagonist is equivocal. When Lucy’s pride prevents her from accepting his first impetuous marriage proposal, even though she loves him dearly, our narrator goes on:

I know it will be said of Lord Lufton himself that, putting aside his peerage and broad acres, and handsome, sonsy face, he was not worth a girl’s care and love. That will be said because people think that heroes in books should be so much better than heroes got up for world’s common wear and tear. I may as well confess that of absolute, true heroism there was only a moderate admixture in Lord Lufton’s composition; but what would the world come to if none but absolute true heroes were to be thought worthy of women’s love? What would the men do? and what – oh! what would become of the women?

Later, when he flirts with another woman, the narrator anticipates a critic saying ‘Your hero…is not worth very much’; but, he continues, ‘Lord Lufton is not my hero’ – and he’s ‘imperfect’. Like Dr Thorne in the previous novel, then.

Back to this scene: even Lucy is under no illusions about him – or herself:

Lucy Robarts in her heart did not give her dismissed lover credit for much more heroism than did truly appertain to him; – did not, perhaps, give him full credit for a certain amount of heroism which did really appertain to him; but, nevertheless, she would have been very glad to take him could she have done so without wounding her pride.

For she’s not behaved because of entirely noble motives, as our narrator, with ironic delicacy, reveals:

That girls should not marry for money we are all agreed. [There’s that cheerfully, slyly open complicity with his readers that we’ve seen in the previous novels] A lady who can sell herself for a title or an estate, for an income or a set of family diamonds, treats herself as a farmer treats his sheep and oxen – makes hardly more of herself, or her own inner self…than the poor wretch of her own sex who earns her bread in the lowest stage of degradation.

As a prostitute, that is. So far, Lucy is positioned on the high moral ground. Not for long:

But a title, and an estate, and an income, are matters which will weigh in the balance with all Eve’s daughters – as they do with all Adam’s sons. Pride of place, and the power of living well in front of the world’s eye, are dear to us all.

It’s obvious where this is going now:

Therefore, being desirous, too, of telling the truth in this matter, I must confess that Lucy did speculate with some regret on what it would have been to be Lady Lufton. To have been the wife of such a man, the owner of such a heart, the mistress of such a destiny – what more or what better could the world have done for her? And now she had thrown all that aside because she could not endure that Lady Lufton should call her a scheming, artful girl! [This that lady duly does, and worse]

It’s this amused, ironic narrative voice, nuanced characterisation and open distaste for sensational or romantic fiction’s stereotypical figures that redeems these Chronicles from the so-so plots and sometimes plodding narrative. Next time I’d like to consider other aspects of this ‘hodge-podge’, as Trollope called this novel with his customarily arch self-deprecation. 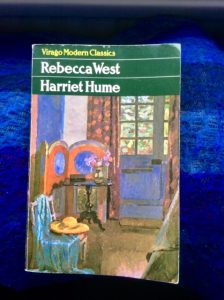