“When we came over the shoulder of the wild hill, above the sea, to Zennor, I felt we were coming into the Promised Land. I know there will be a new heaven and a new earth take place now: we have triumphed. I feel like a Columbus who can see a shadowy America before him: only this isn’t merely territory, it is a new continent of the soul”. Letter of 25 Feb. 1916 to Ottoline Morrell, from The Collected Letters of D.H. Lawrence, ed. Harry T. Moore (Heinemann, London: 1962, repr. 1970), vol. 1, p. 437

My last two posts dealt with the mining heritage of Cornwall, where I live, embodied and celebrated in the form of the Man Engine, and the songs associated with the industrial toil of the working people of this county, especially in the nineteenth century, when tin and copper mining were at their peak of production. Thereafter the mining industry collapsed, and no working mines survive. A Cornish diaspora ensued, so that there are now pockets of Cornish Celts in S. and Central America, the USA, Australia – and many more far-flung places.

One of the writers with the closest affiliation to Cornwall, even though he stayed here only a short time, is D.H. Lawrence. 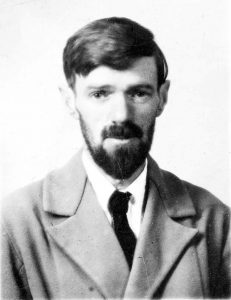 After staying in a house at Porthcothan near St Merryn, lent to him by the novelist J.D. Beresford, DHL sought a cheap place of his own to rent. He was looking forward to being joined by his close friends (at the time; they later fell out) the literary Middleton Murry couple: John, and his wife, the New Zealander, Katherine Mansfield, to form a Rananim or ideal artistic-philosophical haven in Zennor, west Cornwall. If it could not be in his longed-for ‘Florida’ – or anywhere in the USA of Melville and other admired American writers like JF Cooper, where Lawrence felt there was a less constrained national spirit, then Zennor might serve, he believed.

His spirits were probably raised as much by his excited discovery of Melville’s Moby-Dick as they were by the Murrys; he was fast falling out with John, who’d been highly critical of Lawrence’s recent, controversial novel The Rainbow (1915), which had quickly been banned and taken out of circulation.

I’d like to offer a few extracts from the letters Lawrence wrote at this time, to try to give an insight into his developing state of mind at this critical time in his life, when he was finding England, embroiled in the catastrophic slaughter of WWI, so uncongenial that he began to hate it and its jingoistic, small-minded spirit. At first he loved Cornwall for its alien, dark, pagan, unEnglish quality, but gradually Kernow, too, lost its allure, and he began to hanker for distant lands again. He was a prodigious and gifted letter-writer, as I hope these brief extracts will show.

[Jan. 1916, Porthcothan, to J.B. Pinker]: Already, here in Cornwall, it is better: the wind blows very hard, the sea all comes up from the cliffs in smoke. Here one is outside England, the England of London – thank God…The Cornish sea is lovely, so wild. 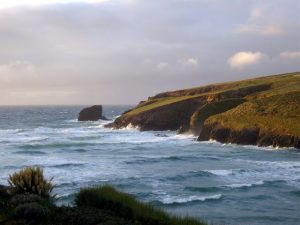 At low tide, this long narrow bay has great expanses of sand, rock pools and sea caves exposed. To get an idea, see photo SW8572 : Porthcothan Bay at low tide
© Copyright Val Pollard and licensed for reuse under this Creative Commons Licence

At low tide, this long narrow bay has great expanses of sand, rock pools and sea caves exposed. To get an idea, see photo SW8572 : Porthcothan Bay at low tide

[Jan. 1916, Porthcothan, to J.D. Beresford]: We have been here a week…We love being here. There have been great winds, and the sea has been smoking white above the cliffs – such a wind that it made one laugh with astonishment…I do like Cornwall. It is still something like King Arthur and Tristan. It has never taken the Anglo-Saxon civilisation, the Anglo-Saxon sort of Christianity. One can feel free here, for that reason – feel the world as it was in that flicker of pre-Christian Celtic civilisation, when humanity was really young – like the Mabinogion – not like Beowulf and the ridiculous Malory, with his grails and his chivalries.
But the war has come. 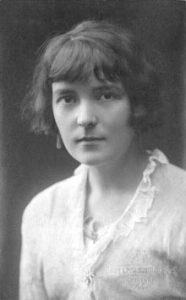 [7 Jan. 1916, Porthcothan, to Katherine Mansfield]:…I love being here in Cornwall – so peaceful, so far off from the world…a fine thin air which nobody and nothing pollutes. [But he’d been very ill with the respiratory disease later diagnosed as TB, as well as suffering a deep spiritual depression that he struggled to vanquish in his admiration of the Celtic otherness of Cornwall, ‘bare and dark and elemental’, as he described it in another letter, to Catherine Carswell].

[17 Jan. 1916, Porthcothan, to J. Middleton Murry and K. Mansfield]: I still like Cornwall…The landscape is bare, yellow-green and brown, dropping always down to black rocks [this sounds to me like Chaucer, The Franklin’s Tale, with its ‘rokkes blake’ of Brittany, which topographically resemble those of W. Cornwall] and a torn sea. All is desolate and forsaken, not linked up. But I like it. 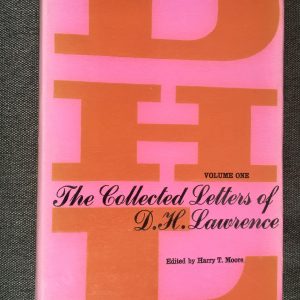 [24 Feb. 1916, Porthcothan, to JM Murry and K. Mansfield] We went out looking for a house, and I think we have found one that is good. It is about 7 miles from St Ives, towards Land’s End, very lonely, in the rocks on the sea, Zennor the nearest village: high pale hills, all moor-like and beautiful, behind, very wild: 7 miles across country to Penzance. [They stayed briefly at the village pub there, The Tinner’s Arms – it’s still there, next to the church dedicated – a rare instance of this – to St Senara, with its pew-end carved famously in the form of the Mermaid of Zennor. He goes on:]

Primroses and violets are out, and the gorse is lovely. At Zennor one sees infinite Atlantic, all peacock-mingled colours, and the gorse is sunshine itself, already. But this cold wind is deadly. [His health was precarious, and this climate would not be good for him, as he soon found. But he clearly longed for this move to work.]

I’ll leave him there, on his way to the village inn. In his next letter, to Ottoline Morrell, he wrote the passage I placed at the head of this post.

Next time we’ll see how he fared in his new Zennor home.