Published in 1932, two years after The Edwardians (I posted on it here), Family History has the same central themes and milieu. It concerns the familial, sexual and social affairs of the wealthy and privileged upper classes, with the central issue being the struggle for personal authenticity and self-fulfilment, being true to one’s desires, against the negating influence of social convention, family expectations, and the need to maintain ‘standards’ and ‘manners’ in the face of one’s shallow, hypocritical but judgemental peers.

This time, though, the protagonist isn’t male (Sebastian, the young heir to Chevron in The Edwardians): Evelyn Jarrold is a beautiful, chic widow (her husband was killed in WWI) who falls for Miles, a man fifteen years younger. Like Sebastian, she has to contend with that struggle to satisfy her personal desire – she’s passionately in love with him – in the face of their profound differences, and her powerful social ‘training’, which induces her to try to keep up the pretence that she hasn’t lost all sense of propriety by having an affair with a man so much younger.

Even worse, he’s ‘not one of us’, as the Jarrolds see it, and her breeding and upbringing incline her to conform to their self-serving, hypocritical mores. Miles represents everything they fear and despise: he’s an intellectual, left-wing, a rising, progressive Labour politician who writes books and cares for the poor and the downtrodden. They see him as ‘a traitor to his class.’ 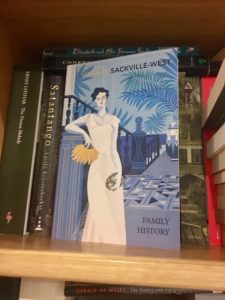 Like Evelyn, however, he’s also a dual personality: he deep down hates ‘democracy’, and is a self-confessed Tory country squire when back where he feels happiest: at his rambling ruin of a castle (presumably based on VSW’s recently acquired Sissinghurst) where he farms a large estate. Yet he despises the affluent, superficial world that means everything to his lover.

His friends are all intellectuals, ‘highbrow’ – a term of abuse when used by the Jarrolds – as it is on one occasion even against Evelyn herself. But he’s attracted to Evelyn by her glamour, not her intellect, and hates ‘clever women’: he prefers his women to be ‘idle’ and ‘decorative’, and becomes irritated by her jealous demands that he immerse himself totally in her and her passionate love. He ultimately values his masculine independence more than her cloying devotion, and can’t understand why she is so demanding. They argue frequently, then make up. He can’t match her emotional fervour, finds it annoying.

And she’s uncomfortable in the company of his bohemian friends, especially of Miles’s closest friends, Leonard and Viola Anquetil (thinly disguised portraits of Virginia Woolf, one of Vita’s many lovers, and her husband Leonard). Viola was the sister of Sebastian in The Edwardians, who chose the ‘highbrow’ path and married the outsider who tried to persuade her brother also to relinquish the deadening world of social hypocrisy and unquestioning acceptance of convention in which they were born.

Evelyn is uncomfortable when they discuss things with passion; instead of the ‘perpetual heavy banter’ and ‘small-talk’, ‘gossip’ about ‘personalities’ of the Jarrold world, these people instead exhibit a ‘desire for the truth’. And ‘their frankness horrified her.’

Glamorous, trivial parties, lavish shopping trips to her society dressmaker’s, expensive trips to exotic watering-holes of the rich, and dull family dinners were Evelyn’s world. They were characterised by superficially good manners – Evelyn was aware of their stultifying vapidity, but struggled to emancipate herself. Here she is, early in the novel, in her sumptuous flat in an opulent part of London, being visited by her teenage niece Ruth, who adores her glamorous aunt:

She [Ruth] chattered. Evelyn lent herself amiably to the chatter; it seemed to her that she was always lending herself amiably to somebody or something, till she ceased to have any existence of her own at all. Would she ever turn round on the whole of her acquaintance, and in a moment of harshness send them all packing? She knew that the necessary harshness lurked somewhere within her; in fact she was rather frightened of it…She disliked it, thinking it ugly. But she felt sometimes that she could endure the emptiness of her friends and the conventionality of the Jarrolds no longer. The two old Jarrolds were real enough, in their separate ways, but the rest of them were puppets, manikins, and their acquired conventions were so much waste paper.

VSW does such a good job portraying her snobbish, shallow world of philistines that Evelyn lacks the strength to escape from that it’s hard to find her sympathetic for much of the first half of the novel (even harder to find Miles much more than a selfish brute). What redeems her from the outset is this faltering awareness of the fierce, ‘authentic’ self that refuses to be completely crushed by the ‘puppets’ and their soul-destroying conventions.

It’s interesting that VSW is dealing with the kinds of existential crises that were to preoccupy Sartre and the rest of the Left Bank set a decade or so later.

As her struggle diminishes her depleted emotional and spiritual resources, Evelyn becomes a sad and almost tragic figure, with a kind of nobility that astonishes even her. Near the end she finally finds the strength to be true to herself, and to be firm in rejecting attempts to placate or reconcile her:

This firmness was mysterious, even to her. It seemed to be the reverse of the medal. The medal was stamped on the other side with self-indulgence, softness, luxury, egotism; now she had turned it over and found a certain austerity, pride, and self-sacrifice.

The final section of the novel is deeply moving, I found – more so than The Edwardians. It’s more authentic.

I’ve written about some other VSW novels:

In August 2015 I wrote about Giacomo Leopardi (1798-1837) and his enormous collection of reflections and thoughts, the Zibaldone. A critical study published yesterday by Peter Lang, Oxford, A System that Excludes all Systems: Giacomo di Leopardi’s Zibaldone di pensieri, by Emanuela Cervato, has this summary on the publisher’s website:

For many decades Giacomo Leopardi’s Zibaldone di pensieri has been seen as a collection of temporary thoughts and impressions whose final expression is to be found in the published poems (the Canti) and satirical dialogues (the Operette morali). The conceptual consistency of the work was thereby denied, privileging Leopardi the poet over Leopardi the thinker.

This book shows that such a perceived lack of coherence is merely illusory. The Zibaldone is drawn together by an intricate web of references centring around topics such as the ambivalent concept of nature; the Heraclitean «union of opposites» (ancients and moderns, poetry and philosophy, reason and imagination); and the tension between the desire for happiness and the impossibility of its realization. Largely unknown to the English-speaking world until its translation in 2013, the Zibaldone is Leopardi’s intellectual diary, the place where dialogue with the ancient classical traditions evolves into modern encyclopaedism and what has been described as «thought in movement». It establishes Leopardi as one of the most original and radical thinkers of the nineteenth century. 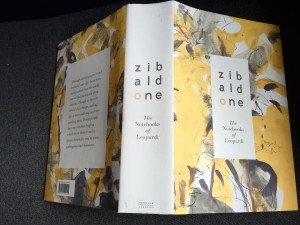 My 2013 Penguin hardback copy, edited by Michael Caesar and Franco d’Intino, was translated by a principal team of seven scholars, with additional material by others.

That 2015 post of mine suggested that Leopardi had influenced writers including Walter Benjamin and Samuel Beckett. It’s not a book for reading in sequence from page 1; it lends itself better to dipping in. Here’s an example of the sort of material such a strategy brings out.

I found I had highlighted this passage, on p. 183, entry numbered by the editors as 273:

The majority of people live according to habit, without pleasure or real hopes, without sufficient reason for continuing to live or doing what is necessary to stay alive. If they thought about it, apart from religion they would find no reason for living and, though unnatural, it would be rational to conclude that their life was absurd, because although having begun life is, according to nature, justification for continuing it, according to reason it is not.

Now this also sounds to me a bit (if you strip out that reference to religion, from which Leopardi was struggling to detach himself, it seems) like Camus.

This took me to the entry ‘life’ in the topic index. The quotation above is the first citation; this is the second, which also has a Camus/Sartre element:

The question of whether suicide helps man or not (which is what knowing if it is reasonable or not, and can be chosen or not, comes down to), can be reduced to these simple terms. Which of the two is better, suffering or not suffering? …[he mulls these options over for several lines, then…] And we conclude that since not suffering is more helpful to man than suffering, and since he cannot live without suffering, it is mathematically true and certain that absolute not being is more beneficial and more fitting to man than being. And that being is, precisely, harmful to man. And therefore anyone who lives (if you take away religion) lives because of a pure formal error of calculation: I mean the calculation of utility (p. 1069, entry 2549)

Other entries in the index extend the term to ‘[Life] is not necessary’; ‘What is life?’; ‘Why are we born?’…’Life is an evil in itself’, and so on.

I’m not qualified to examine Leopardi’s philosophy with any rigour; I can only dabble like this and make facile connections and observations. The editors in their introduction explain that he lived at a time after the first generation of Romantics known in Italy as an age of ‘discontent, frustration, melancholy’; Leopardi was grappling with ‘the existential choice between life and death’ (p. xii).

He was born in the Papal States, in Recanati in the Marche. His provincial, ultra-conservative family gave him a strict Catholic education, and expected him to become a priest. His deep study of philology and  the classics and then of contemporary literature, however, lured him in a different direction. 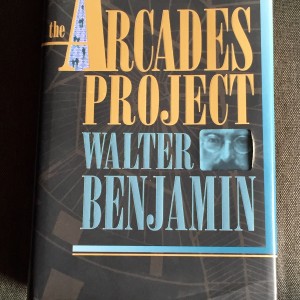 He paved the way in his writing, it would appear then, for Nietzsche, Wittgenstein, the existentialists and post-structuralists. His Zibaldone, like Benjamin’s Arcades Project, can be read as hypertext.

I need to look at the poetry, in which he also found release.