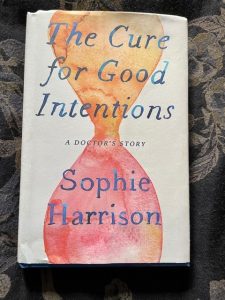 Few authors cited in the Oxford English Dictionary are responsible for as many arcane and obscure words as the polymath, Sir Thomas Browne (1605-1682). OED states he’s responsible for 4156 quotations illustrating definitions, 767 of which provided evidence of first usage of the word cited. 1575 of the quotations gave first evidence of a particular meaning. He appears at No. 73 in the OED’s current list of top cited sources, above Shelley, George Eliot, and Ruskin. [Note the use of the Oxford comma; this is about the OED, after all.]

After graduating from Oxford he studied medicine in Europe. He practised as a physician in Norwich from 1637 until his death. His writings – and his language – were deeply influenced by his scientific, theological and philosophical interests.

His erudite enquiries into science and religion are notable for their wit, their fascination with the natural world, and their attraction to the esoteric, and all of these characteristics are evident in his vocabulary. Like lithomancy: divination by signs derived from stones (not sure how that would work in practice – what kinds of stones – or signs? Some of our current political leaders appear to use this, or something like it, as a means of determining policy.)

Appropriately for the person who first talked of classical Latin, Browne’s neologisms are mostly scholarly derivations from Latin. They are often minutely, scientifically precise, but have a quality of baroque humour and curiosity which prevents them being merely pedantic ink-horn terms. Many originate through his efforts as, in one of his own terms, a zodiographer: a person who writes about or describes animals.

In Pseudodoxia Epidemica – an encyclopaedic exploration of received wisdom which refutes such vulgar errors as the belief that elephants don’t have any joints, or that children, without instruction, would grow up naturally speaking Hebrew – Browne describes a snail not as a boneless creature, but an exosseous one.

He writes not of the flight of birds, but their acts of volitation. Not the twittering of cicadas, but their fritiniency; not the booming call of the bittern, but its ‘mugient noyse’. Nightingales aren’t melodious, but canorous; earwigs aren’t wingless, but impennous. He invents peculiarly specific adjectives such as tauricornous (‘having horns like those of a bull’). Hedgehogs aren’t simply spiny or prickly, they’re aculeous.

Some while ago I posted on his use of latitant, ‘hidden, latent’, his example referring to the practice of diverse lizards, snails, etc., of hiding away for periods of time. I came across the term ‘latebricole’, living hidden in a hole, like certain types of predatory animals, especially spiders.

Many of Browne’s coinages are more generally useful than this, and some have proved enduring, most famously electricity, and medical, but also indigenous, ferocious, migrant, coma, therapeutic, anomalous, prairie, ascetic, carnivorous, selection and ambidextrous, among others.

Next time you’re engaged in pistillation (pounding with a pestle) in the kitchen – perhaps while preparing something cenatory (relating or pertaining to dinner or supper), prior to some accumbing (reclining at table, like a Roman dignitary) – or in balneation (bathing) in the bathroom, or in everyday moration (a delay, a tarrying), you can thank Sir Thomas Browne that you have the exact word you need – the mot juste, as Flaubert might put it…

I posted some time back on Browne’s Religio Medici and Urne-Buriall. He also popped up in one of my earliest posts on etymology (something I’ve neglected since) for his coinage of ‘sarcophagy’ (eating flesh).

I recall noting (but not posting) on ‘retromingent’ animals – those that urinate backwards, like cats (it’s used in medieval bestiaries, indirectly).

Note: this post is freely adapted and augmented from an article at the OED, downloaded and saved by me seven years ago, and now apparently not live on their site; I trust it’s not infringing copyright.