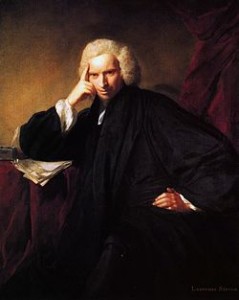 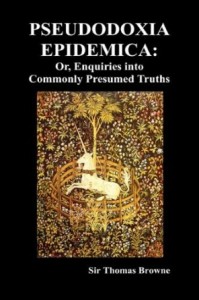 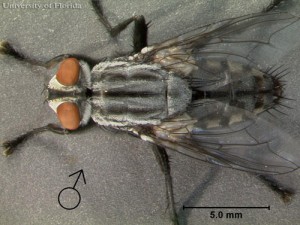 This is the first instalment of a blog post that will extend in several parts over the next few days or weeks; I’ll continue with the second instalment over the weekend.   I hope it will encourage you to take up this exciting trilogy and read it, if you haven’t already.  (Click on the coloured links, if you wish, for background detail/information.)  I was given a copy many years ago of Marias’s novel  A Heart So White by an old friend of impeccable literary tastes, founder of the small publishing house Polar Books; I found it hard going.  Recently, having read positive reviews of YFT, one of which referred to it as a ‘metaphysical epic’, I thought it time, as my summer break was imminent, to give him another go.  Having finished vol. 1 I had to order the next two, and devoured them in two hectic, fevered, often painful but always exhilarating weeks of reading.  A long train journey to London and back gave me the opportunity to struggle through some of the slower, more labyrinthine sections of vol. 3.

Javier Marías was born in Madrid in 1951.  Parts of his childhood were spent in the United States, where his father taught philosophy at various universities.  His mother died when he was 26. [I am indebted to articles in the Guardian by Nicholas Wroe and Aida Edemariam for the comments Marías made to them in their interviews, and for some of the information they provide.]

His books have sold in their millions and have been translated into more than forty languages.   It was A Heart So White in 1992 that propelled him to the bestseller lists.  The novel later won the Impac prize.  His twelfth novel, The Infatuations, was published in English in March this year.  He has the unlikely title of King of Redonda, which is a real but tiny uninhabited Caribbean island, the monarchy of which has been passed down through a line of writers.  He founded a publishing company named after it.

Marías lives in Madrid.   He has been criticised for not dealing directly in his writing with the troubled political history of Spain, but the civil war and Franco’s fascist regime are dominant themes in YFT and many of his other novels.  For nearly two decades he has written a regular column in a Spanish newspaper– he has published a whole book consisting of just his football articles.  In a recent Guardian profile he said:  “If a book or film takes a good subject from the everyday press – say domestic murders in Spain, which are a historic disgrace – everyone will applaud, but it is easy applause.  Who will say it is bad?  People say the novel is a way of imparting knowledge… But for me it is more a way of imparting recognition of things that you didn’t know you knew.  You say ‘yes’.  It feels true even though it might be uncomfortable.  You find this in Proust, who is one of the cruellest authors in the history of literature.  He says terrible things, but in such a way that you know that you have experienced those thoughts too.”

Early in his writing career he turned to translating works of English literature; his 1979 version of Tristram Shandy won a national prize.   Between 1983 and 1985 he lectured in Spanish literature and translation at the University of Oxford.  He describes a translator as both a “privileged reader and a privileged writer. If you’re capable of rewriting in a different language something by Conrad or Sterne then you learn a lot.  I’ve not got involved with the creative writing industry, but if I ever had my own creative writing school I would only admit people who could translate, and I would make them do it over and over again …There is a pace and a rhythm of prose that, if the translator catches it, you can surf the wave of cadence.  I certainly felt it with Conrad and in a way with Sir Thomas Browne.  But it is not essential to good writing.  It was not there with Yeats’s prose, or Isak Dinesen’s or Thomas Hardy’s.  I like to think that my prose has some cadence that can contaminate, in the good sense, and help a translator.”

Other writers whose work he has translated into Spanish include Nabokov, Faulkner, Updike, Salinger and there are many others.  The influence of these writers on Marías as a novelist is notable, and the themes and tones of Shakespeare and Sterne, as well as Cervantes and Proust, are unmistakeable in his work.

Perhaps YFT is most influenced in its labyrinthine structure and arcane, echoed details by Sterne;  Marías admires his digressive, anecdotal playfulness, archaisms (in Vol. 3, for example, Deza becomes obsessed with the Anglo-Saxon word ge-bryd-guma, which signifies a person with whom one has shared, knowingly or not, a sexual partner) and refusal to be restricted by conventional linear narrative.

As in many previous novels, YFT has a protagonist/narrator who is an interpreter – an interpreter of people and of their faces, their lives, but there are numerous points where the narrator ponders the nature of the language speakers are using, and how their words resonate when translated; one example, to which he returns frequently, is the Spanish word ‘patria’, for which there is, he says, no direct English equivalent.  In YFT vol. 3 Deza is intrigued by young Perez Nuix’s ‘decidedly bookish’ Spanish (they usually talk in that language: she is half Spanish herself, but English is her primary language; we are also given a lesson on how to pronounce her Catalan surname), and his thoughts become a miniature lesson in translation:

She didn’t manage ‘vigas’, but she did use ‘escarmentar’ – to teach someone a lesson – ‘entablar negocios’ – to strike a deal – and ‘enjundia’ – substance.

Such meditations become part of the philosophical, epistemological fabric of the text: how far is a human being capable of expressing in words what he or she really means?  Even the slipperiness of the narrator’s name is indicative of this semantic problem: his English friends tend to call him Jack; elsewhere he’s addressed as Jacques, Jacopo or Iago (which gives rise to numerous Shakespearean allusions).

That’s the end of the first instalment of this piece on YFT; I hope you enjoyed it, and will visit again soon for the next instalment, which should be up over the next few days.  Meanwhile I’ll post something completely different tomorrow, probably something of my own creative work.  See you again soon!

btw, I think there might be a problem with the hyperlink function in this piece; hope the hot links work.  I’ll post this now anyway and check it out.  Hope it doesn’t spoil your reading if they’re not working.