In my last post I mentioned taking down from my much-reduced bookshelf space (builders at work) Italo Calvino’s collection of essays The Literature Machine (Vintage, 1997), translated from the Italian by Patrick Creagh. In the first Part he writes about literature in general, especially in relation to narratology, structural(ist) linguistics/semantics/semiology, the ‘intellectual scorn’ of the Collège de Pataphysique and its offshoot of mathematical/mechanic literati the Oulipo, founded by Raymond Queneau – an avant garde group which he was invited to join when he was in Paris in 1968. His own work had veered dramatically away from the realist tradition of fiction to which he adhered in his earlier works. I hope to write in more detail about Calvino’s literary achievement in a later post. 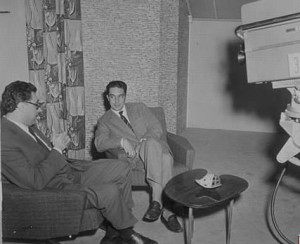 He also writes here on literature and philosophy, as a projection of desire, on comedy, eroticism and fantasy, on the putative audience for whom authors write, on ‘levels of reality’ and on politics (having fought against the fascists in Italy during WWII and joined the CP, he left it in 1957 in a reaction against the Soviet invasion of Hungary the previous year, and the revelations of Stalin’s excesses).

Part Two opens with the famous essay ‘Why Read the Classics?’, in which he defines a classic as ‘a book that has never finished saying what it has to say’, which is rather more pertinent than Mark Twain’s (admittedly funnier )‘a book that everyone wants to have read, but no-one wants to read’. He ends with this fine quotation from the Romanian philosopher Emil Cioran (1911-95) to illustrate his point that classics shouldn’t serve any particular ‘purpose’:

While they were preparing the hemlock, Socrates was learning a tune on the flute. ‘What good will it do you,’ they asked, ‘to know this tune before you die?’

(Interesting that ex-communist Calvino should cite this former admirer of Hitler – although Cioran did after the war recant his pro-fascist views). The rest of Part Two deals mostly with individual authors and texts: The Odyssey, Ovid, Candide, Balzac and the city, Stendhal, etc. 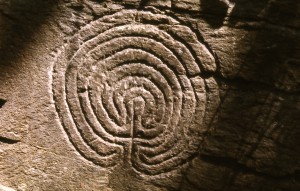 But I should like to return to the opening essay, ‘Cybernetics and Ghosts’. After discussing the evolutionary development of literary critical theory, he considers the ways in which groups such as the anarcho-literary Oulipo artists (mentioned above) utilise mathematical patterns and self-imposed constraints when generating literary texts. I intend posting about this in more detail in a later piece.

The next logical step, he suggests, is to create computer programs that are capable of literary production. Not random text generators (there are plenty of these around online now) which work on the principle of ‘destructuralization of form’; what he posits is a need for ‘the production of disorder’, a program that reacts against its ‘preceding production of order’. Such programs would reject traditionalism and ‘propose new ways of writing’ – the Romantic notion of ‘inspiration’, the individual poet’s Coleridgean ‘afflatus’, the intuitive impulse arising from … where? The unconscious? Who knows. We need for the figure of the author (‘that spoilt child of ignorance’, Calvino calls him) to disappear, and to privilege that of the reader, who will know ‘that the author is a machine, and will know how this machine works’.

If his reader, he continues, is suspicious of his motives in consigning the inspirational poet-author to the bin, he’d respond that all writing is ‘simply a process of combination among given elements’. If it’s ‘merely the permutation of a restricted number of elements and functions’ isn’t this too restrictive? Literature constantly tries ‘to say something it cannot say, something it does not know, and that no one could ever know’. Such statements have never been arranged with the words in that particular order before. So the struggle of literature is ‘a struggle to escape from the confines of language’- the ‘call and attraction of what is not in the dictionary’. 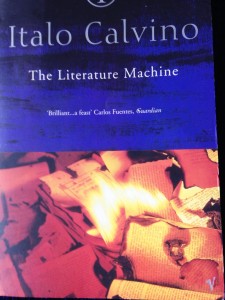 This takes us into the territory of myth and ritual, and taboos, the ‘ban on mentioning something’ – certain names or prohibitions. Literature constantly pushes against these boundaries of what can’t be said, ‘to an invention that is a reinvention of words and stories that have been banished from the individual or collective memory’.

Literature redeems these forbidden territories, giving voice to what’s remained unexpressed in ‘the social or individual unconscious…The more enlightened our houses are, the more their walls ooze ghosts’. The Surrealists found a means of using word and image association to find an opposing rationale to intellectual logic.

This leads Calvino to an exploration of Ernst Kris’s development of Freud’s study of word-play as a ‘possible aesthetics of psychoanalysis’. Puns and  jokes derive from playing with permutations and transformations in language, from ‘combinatorial play’. By way of such combinatorial mechanisms a new combination is arrived at with ‘an unexpected meaning or unforeseen effect which the conscious mind would not have arrived at deliberately’. This is ‘an unconscious meaning, or at least the premonition of an unconscious meaning’. This shock of novel meaning ‘occurs only if the writing machine is surrounded by the hidden ghosts of the individual and society’; the outcome should be ‘a terrible revelation: a myth’, to be recited in secret, and stumbled upon only by ‘playing around with narrative functions’. 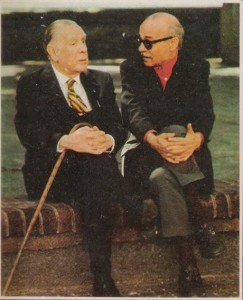 From here it’s a short step to the labyrinthine narratives that Borges inherited from ancient sources, such as the Chinese-box narrative-within-a-narrative. Such literature does not enlighten the reader: we are disorientated by it, our world is defamiliarised. By experiencing bewilderment we are able to liberate ourselves from it. A labyrinth is designed to be entered into with a view to becoming lost. By reconstructing its plan we destroy it. Literature thereby becomes a means of demonstrating that ‘the world is essentially impenetrable, that any communication is impossible.’ The labyrinth becomes ‘a facsimile of the world and of society’ (Enzenberger).

The combinatorial mathematical game acts as ‘a challenge to understand the world or as a dissuasion from understanding it’. The reader’s role is therefore decisive: ‘It is up to the reader to see to it that literature exerts its critical force, and this can occur independently of the author’s intentions’. Elsewhere, I suppose, this is what is known as the Intentionalist Fallacy.

There is a manic elegance in this surreal or labyrinthine logic. It’s found in so much of the fiction of the later 20C, from Kafka to Beckett, Borges to the stories of Barthelme and Coover, and ultimately in Pynchon and, perhaps, DeLillo.

In a later post I shall examine more closely this notion of mechanical constraints as a mechanism for aiding (by constraining) the author in generating texts; after all, what could be more artificially limiting than composing a traditional Shakespearean sonnet, with its strict metre, rhyme scheme and stanzaic pattern? On the other hand, is omitting from your novel all words containing the letter ‘e’ a particularly sound idea? All literary texts involve some element of willed omission and selection…

Endnote: The New York Times started a column in 2011 called ‘The Mechanic Muse’, which focuses on issues related to those raised by Calvino and Oulipo; the inaugural essay in the series by Kathryn Schulz (24.06.11) profiled the ‘distant reading’ project (a deliberate reversal of Leavisite ‘close reading’ discussed in my previous post) of Franco Moretti at his Stanford Literary Lab. Link here.)

(Images in the public domain via WikiCommons)